Debate runs about the origin of this pen name. When William was asked «What does ‘O’ stand for? ». He replied «O stands for Olivier, the French for Oliver. O is about the easiest letter written, and O it is.» Some of his stories were published under the name of Oliver Henry. Apart from O Henry he had various other pen names such as S. H. Peters, James L. Bliss, T. B. Dowd, and Howard Clark.

This week they learned the interesting facts about life and work of O. Henry. Visitors answered the quiz questions, tried themselves as writers and wrote short stories. They also took part in the brain-ring «Who knows the United States better» and watched a fragment of the film «Bridget Jones's Diary». 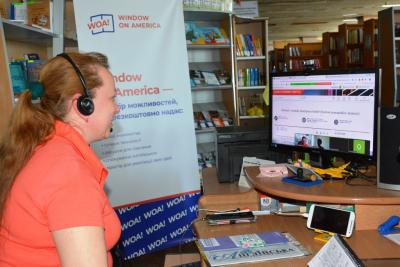