It would be difficult to find many musicians who have gone as far in jazz as quickly as bassist Christian McBride. Of course he had a good start, being descended from a line of bass players. He had his first professional job when he was thirteen, played with name musicians in New York City at seventeen, performed at Lincoln Center when he was nineteen, and led his own recording group in his early twenties. McBride was writing commissioned works and teaching by his mid-twenties. At thirty McBride had achieved a preeminent position in jazz bass playing, carrying on the traditions of Milt Hinton, Charles Mingus, Ray Brown, and others.
McBride plays mostly mainstream jazz, but he has engaged in everything from classical to rock.

Christian Lee McBride was born on May 31, 1972, in Philadelphia, Pennsylvania. His father and his great-uncle were both accomplished bassists. His father was a sideman with Philadelphia soul groups and Latin jazz bands, including Mongo Santamaria. His great uncle played progressive jazz, and he encouraged Christian's jazz studies. Christian started on electric bass at nine, and acoustic bass at eleven. His musical studies were mainly classical, but at thirteen he was playing local Philadelphia clubs. McBride qualified to attend Philadelphia's High School for the Creative and Performing Arts.
In high school McBride studied classical music and took lessons with a bassist from the Philadelphia Orchestra. He attended jazz workshops, at one of which he made a connection that became his springboard into professional jazz.That workshop was conducted by influential trumpeter Wynton Marsalis, who recognized McBride's potential. After graduation McBride toured Europe with the Philadelphia Youth Orchestra and played with a fusion group before heading for New York City and a scholarship with the Juilliard School.
At Juilliard, McBride studied classical music, but he was drawn into the jazz scene, Marsalis paving the way for the seventeen-year-old bassist. McBride was too good and the lure of jazz too strong for him to concentrate on classical studies, and within a year he left Juilliard. His first significant job was with saxophonist Bobby Watson's group, which featured trumpeter Roy Hargrove. When Hargrove formed his own unit, he beckoned McBride. McBride spent brief periods with Hargrove and legendary trumpeter Freddie Hubbard, before the reigning master of jazz bass, Ray Brown, contacted him in 1991. Brown was forming a group called SuperBass and wanted McBride to be one of his several bassists. McBride joined Brown, and the next year Rolling Stone named McBride "Hot Jazz Artist" for 1992.
McBride played with guitarist Pat Metheny in 1993 before joining popular saxophonist Joshua Redman. A year later McBride made his first album as a leader, Gettin' to It; featuring both Hargrove and Redman. On one piece McBride engaged in a battle of basses with Milt Hinton and Ray Brown. About then Wynton Marsalis, artistic director of Jazz at Lincoln Center, offered McBride a commission, resulting in Blues in Alphabet City, premiered by McBride and the Lincoln Center Jazz Orchestra.
From the mid-1990s, McBride's production included Number Two Express, featuring pianist Chick Corea, and his 1997 release, Fingerpainting: The Music o/Herbie Напсоск)СГЪ.с next year McBride received a great challenge: a commission to write an extended piece for orchestra and a large gospel choir depicting the 1960 civil rights movement. McBride's work resulted in The Movement Revisited, which "was presented at several concerts.
McBride's next work took a new turn with his 1998 release, A Family i Affair, which found him returning partly to electric bass for a session of soul, funk, and rock mixed with jazz elements. Some of McBride's jazz audience were disappointed, but he felt the need to expand creatively. His next album, Sri-Fi, released in 2000, headed toward fusion.
Like many jazz artists, McBride became involved in jazz education. He has presided over jazz workshops and is involved with music programs at Aspen, Colorado, the University of Richmond and the University of the
Pacific. In playing, composing, and education Christian McBride has risen to a leadership role in finding new directions for jazz. 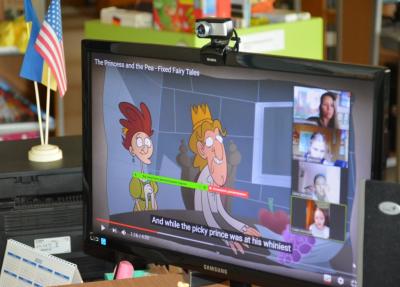